...perhaps he's behind that wizard fellow 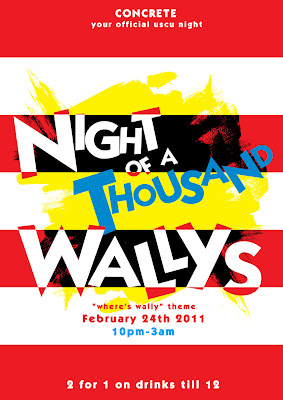 Finished my poster for Concrete's wally-themed extravaganza. Very excited since this is my second poster job for local clubs (and the last one didn't make it to print... dang nabbit!). Where does one purchase a Wally outfit from? Or for that matter an Odlaw outfit?
(Odlaw is that sneaky black and yellow fella - Wally's evil cousin or something - you remember him right?)
Sposhed by S.P.Arthur at 11:46 2 comments:

...perhaps it's those cars 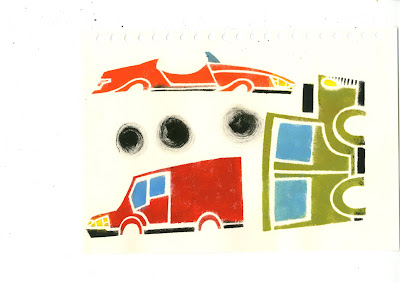 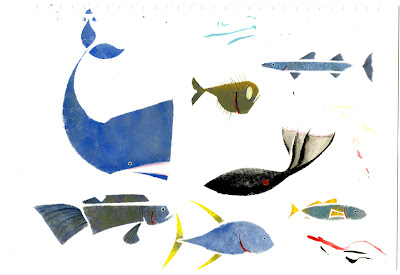 Well here are some more stencils. Book covers are coming along quite nicely but no peeking 'til I'm finished 'kay? Well technically you are peeking because these just happen to be some of the illustrations I am bossing about on Photoshop.
The cars make me think of children's birthday cards... perhaps my cousins will be receiving some motor-car-themed cards this year... are they too old for that now? i have no idea... when are you too old for cartoon cars?
(never)
Sposhed by S.P.Arthur at 11:35 No comments:

...it's a cultural thing 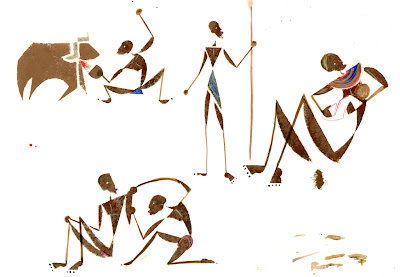 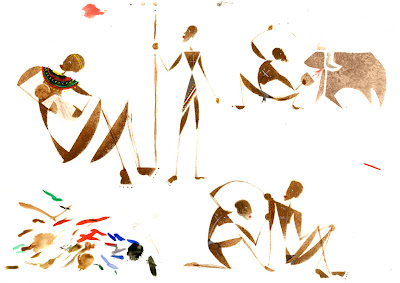 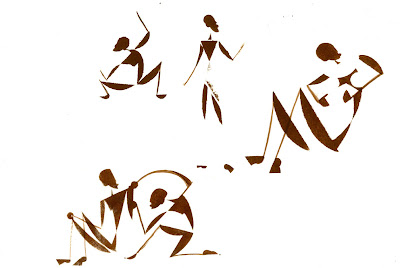 Well we're onto operation "digital makeover" and so much scanning has been done. It's time to arrange things on screen to make a rather charming book cover (or three). So here are the stencils of my "Tribal Culture: A Very Short Introduction" book cover. I was inspired mainly by an episode of Bruce Parry's "Tribe" - 'Dangerous Game' was the episode (I think). The tribe featured were the Suri who had some pretty interesting traditions such as body scarring and drinking fresh blood. I was also intrigued to find that, just like in modern culture, young people (in this case, women) were rebelling against certain traditions (in this case, lip discs).
Non-fun Fact: The Suri (indigenous to Ethiopia) are at war with tribes over grazing land and recent civil war has brought guns to the tribes escalating the conflict further.
Sorry to be so blunt - just made me kinda sad
Anyway,
I think I may have to do some more but I'm pleased with how these ones came out.
Sposhed by S.P.Arthur at 09:46 No comments: 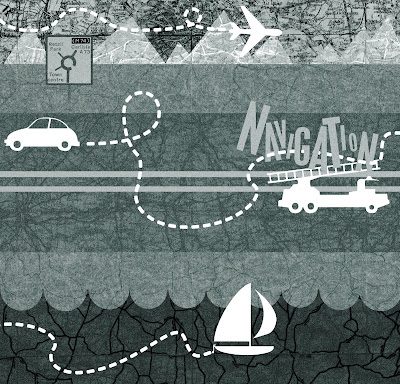 After my last post I stubbornly refused to move from my mac - this is the result. This is just provisional layout guide (or something like that) but it looks kinda funky. I'm certainly keeping the map texture idea but it needs to match the marine-themed illustrations in style. Maybe we can do a trade and give the marine fellas a lovely background?
Sposhed by S.P.Arthur at 11:07 No comments:

...where it is better 'coz it is wetter 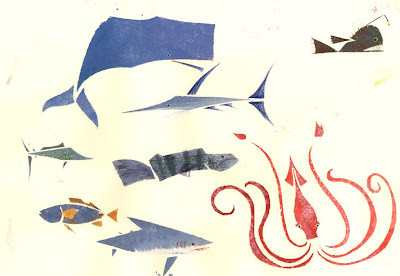 Now I've only scanned in the one image but trust me there are a LOT of fishy pictures and I'll probably post some more up as I submerge myself deeper into the world of Marine Biology (not to mention Tribal Cultures and Navigation...)
Maybe I'll go home and have some fish and chips... something's got me in the mood
Sposhed by S.P.Arthur at 09:57 No comments:

I found this gorgeous fella on the internets - take a look, it's sure to enthrall you
oh and I'd recommend full screen simply because it's so beautiful
Oh so fantastico!
Sposhed by S.P.Arthur at 12:00 1 comment:

Thank Yule All Very Much! 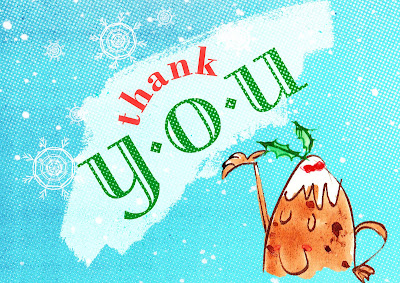 Ho Ho Ho! I'm all jolly and full of puns this evening/morning!
The festive season has been good to me and I have many people to thank, and what better way to do it than through practicing my trade. I'm pretty happy with the end result so I'm going to go to bed and recommend that tomorrow (today) you give one person, any person, a great big hug.
Na-night world!
x
Sposhed by S.P.Arthur at 18:40 No comments:

...big fat copycat
I decided to have a wee oogle at what my friends have been blogging over the holidays...
and by the by - MERRY CHRISTMAS AND A HAPPY NEW YEAR!
...and stumbled across my good friend Mister Lee doing a bit of image 'glitching' so I gave it a go myself. Have a butchers at his and my stuff and tell me mine's better 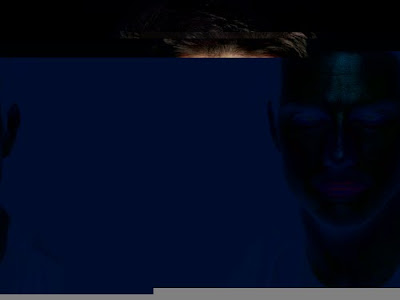 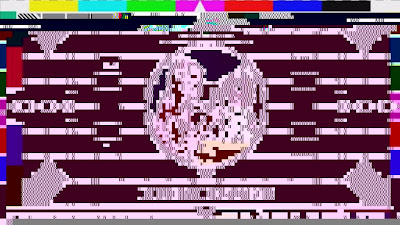 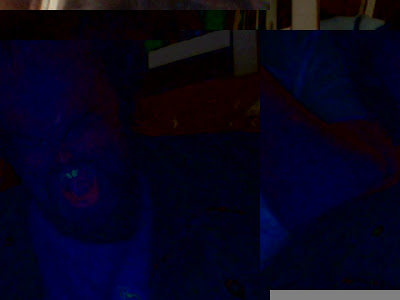 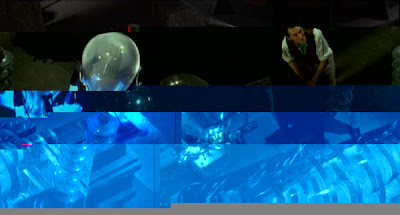 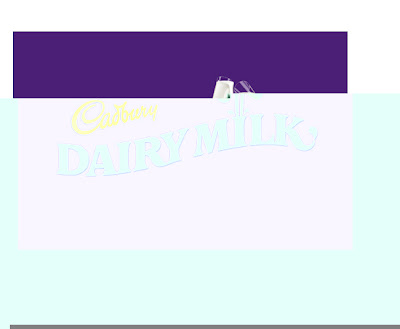 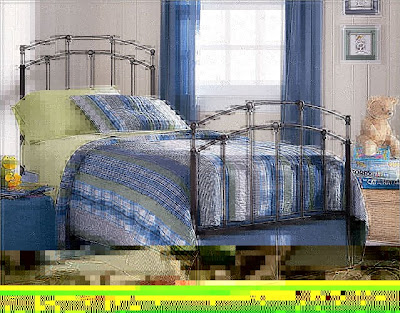 that was a joke Lee
be gentle with me
Sposhed by S.P.Arthur at 13:22 No comments:

I don't show you enough